You are here: Home / USRCN Editorial / Read This Book! Where Have All The Leaders Gone? 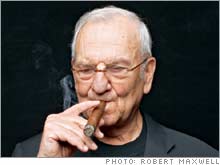 At the risk of losing some of our more conservative (but really, that’s an oxymoron. Is there anything “conservative” about George Bush?) readers, I have to tell you about this book.

From ‘Where Have All the Leaders Gone’ by former Ford and Chrysler president Lee Iacocca:

“Am I the only guy in this country who’s fed up with what’s happening? Where the hell is our outrage? We should be screaming bloody murder. We’ve got a gang of clueless bozos steering our ship of state right over a cliff, we’ve got corporate gangsters stealing us blind, and we can’t even clean up after a hurricane much less build a hybrid car. But instead of getting mad, everyone sits around and nods their heads when the politicians say, “Stay the course.” Stay the course? You’ve got to be kidding. This is America, not the damned Titanic. I’ll give you a sound bite: Throw the bums out!

“You might think I’m getting senile, that I’ve gone off my rocker, and maybe I have. But someone has to speak up. I hardly recognize this country anymore. The President of the United States is given a free pass to ignore the Constitution, tap our phones, and lead us to war on a pack of lies. Congress responds to record deficits by passing a huge tax cut for the wealthy (thanks, but I don’t need it). The most famous business leaders are not the innovators but the guys in handcuffs. While we’re fiddling in Iraq, the Middle East is burning and nobody seems to know what to do. And the press is waving pom-poms instead of asking hard questions. That’s not the promise of America my parents and yours traveled across the ocean for. I’ve had enough. How about you?

“I’ll go a step further. You can’t call yourself a patriot if you’re not outraged. This is a fight I’m ready and willing to have. “

You Can Buy it Here: Where Have All the Leaders Gone?